I almost didn’t make it.

My original sooper-genius plan (unencumbered by facts) was to ride my bike to Salem, take the train to San Jose for the North American Handbuilt Bicycle Show, rent a pickup from Enterprise and drive home with a bunch of plants we’d left with Sharon when we moved. 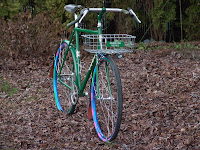 Ha. Haha. Enterprise only rents one-way in California. U-Haul costs $900 to go one-way from Santa Rosa to Portland. Five half-barrels filled with herbs aren’t worth it. Ryder is a bargain, though! $600 one-way. Most other companies don’t do it at all.

After much poking, I found that Avis rents one-way, and their biggest, most capacious vehicle is a mini van. That thing isn’t that mini, either. It’s a 6 cylinder Chevy with a long nose that looks more like a low-rider SUV than a mini van.
$150 dropped off in Salem, where I always get lost. 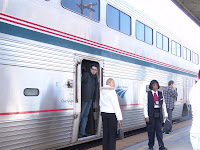 In the end, I drove my car, drove all around Salem looking for a bogus address before I found the Amtrak station. After 24 hours on the train, I was 7 hours late getting into San Jose so I got two hours at the show in a frenzy (but had a great time), went to San Rafael with Mark, had lunch with my Dad at Fred’s in Sausalito the next day, and got a ride (I drove) with him to Santa Rosa. 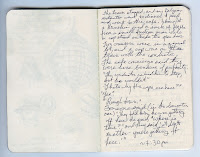 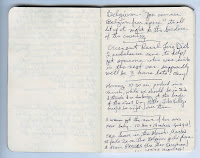 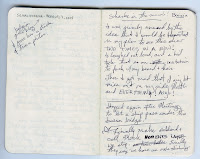 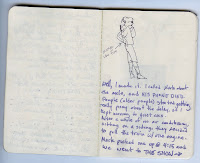 Monday morning I rented the van, loaded up with garden statuary, the Kaiserin Frederich rose Angelina waited a year to get, lots of art and art supplies, including four cases of letterpress type(!) and jammed home. 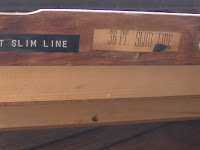 Santa Rosa to McMinnville, new Personal Best of 9:45 total time, including a 45 minute Denny’s stop in Redding. Stopped to eat, stopped to pee, stopped for gas.

It took me about a week to recover.