I bought some 60mm Big Apples for Jim’s old Gary Fisher Utopia. These things are so fat that when I opened the box, I thought there were two big pythons in it! 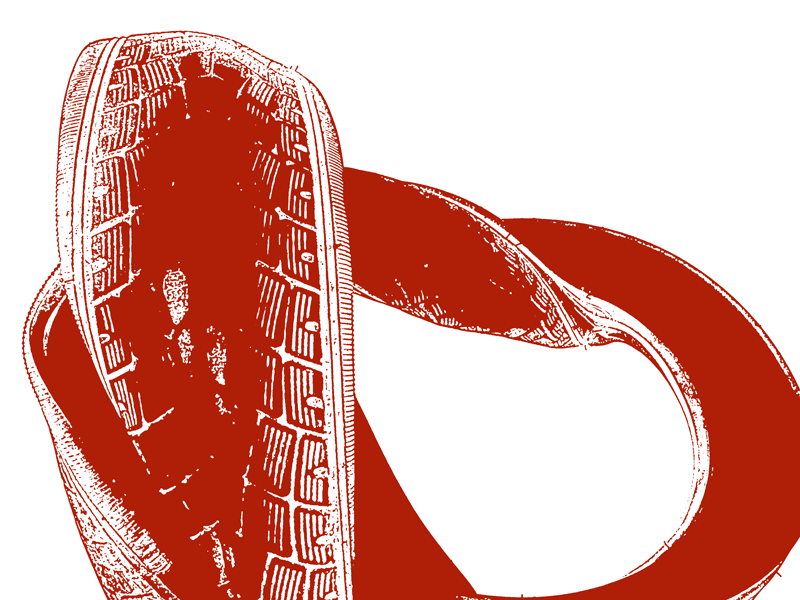 These tires make this bike into an ideal Gravel Roadster.* Two speeds, super fat tires, flared drops, rigid fork. It’s pretty light, even though the tires are not. The tires barely fit in the back, solely because of the front derailer cable stop, which I filed down two millimeters for a little extra clearance. You have to look at the gap square on to see that the stop doesn’t actually touch the crown of the tire. 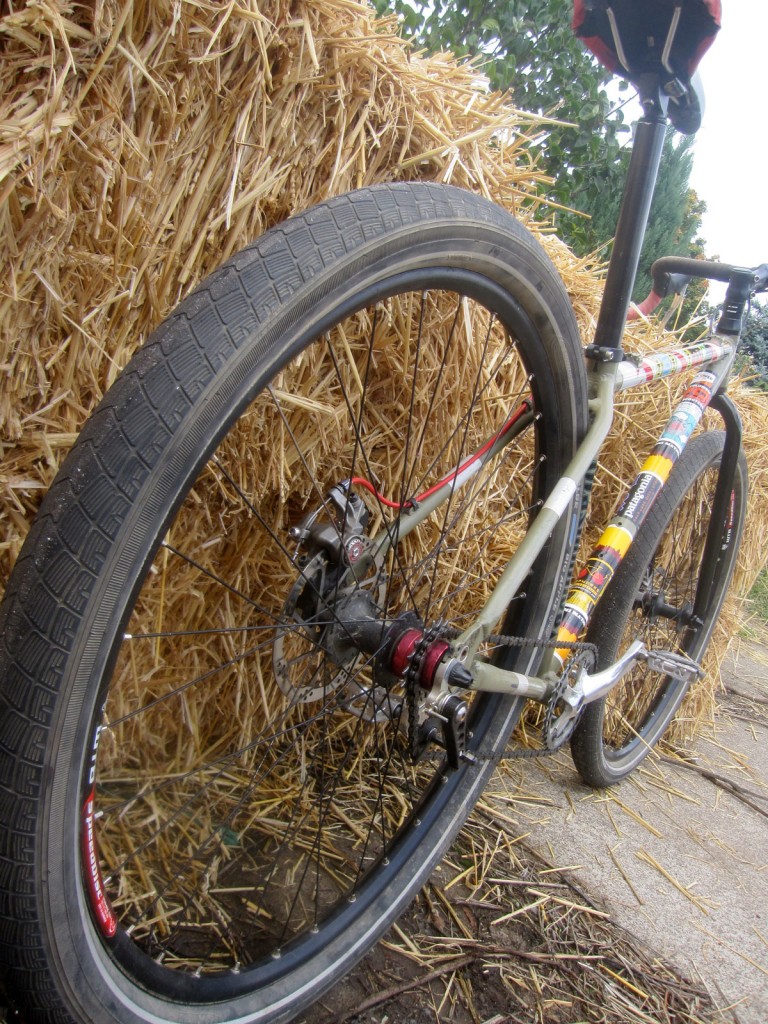 I did see with these tires that the wheel needed a little dishing adjustment – the tires almost rubbed on the right stay, but had lots of room on the left. I gave the left-pulling spokes a half turn tighter, and the right-pulling spokes a half-turn looser, and it seems perfect now. I don’t know if the frame is misaligned, or the wheel was improperly dished, but it doesn’t really matter now, and I can always adjust the wheel later if it’s an issue. These 60mm Big Apples actually measure 53mm on these WTB SpeedDisc rims 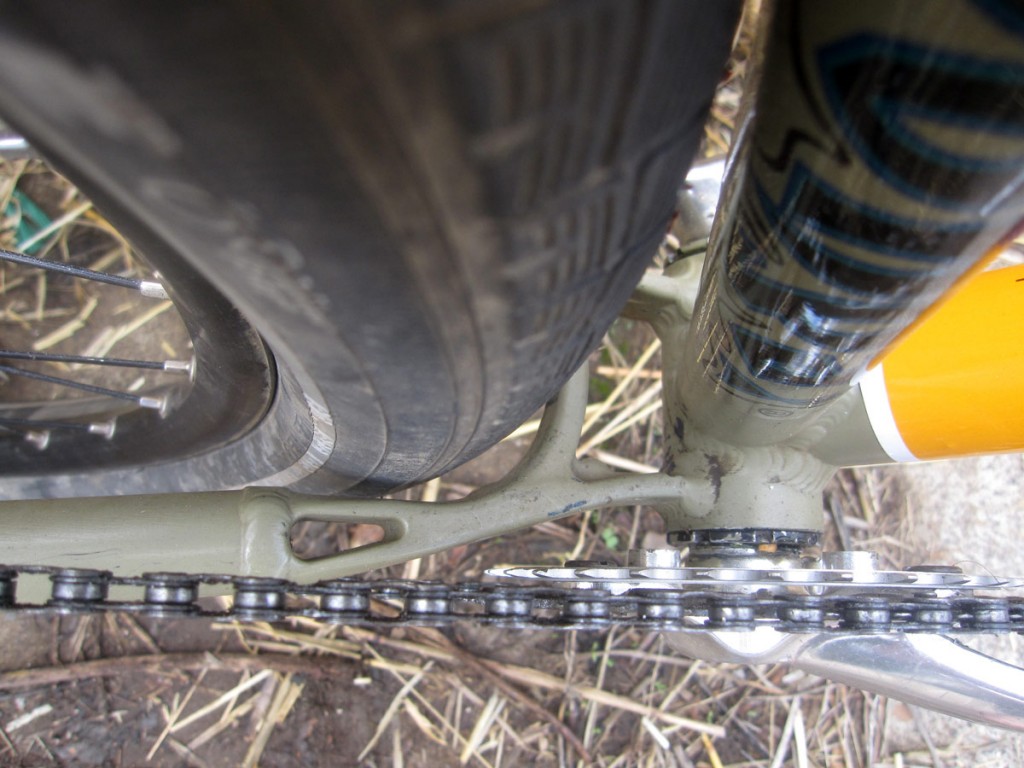 “Roadsters” apparently lack of any form of weather protection, but I’d like to make some demi-fenders like Sycip’s Oregon Manifest trike. A full fender in the rear would take a lot of modification: a slot for the seat tube, and possibly a split at the seatstay bridge. I plan to buy a dynamo hub for the front, but not for a while yet.

* Near as a Google search can tell me, I picked up the term “gravel roadster” from someone on the RBW list describing their Rawland rSogn, and “dirt roadster” appears regularly on Coconino Cycles’ blog.

4 thoughts on “Gravel Roadster – Big Apples on the Utopia”