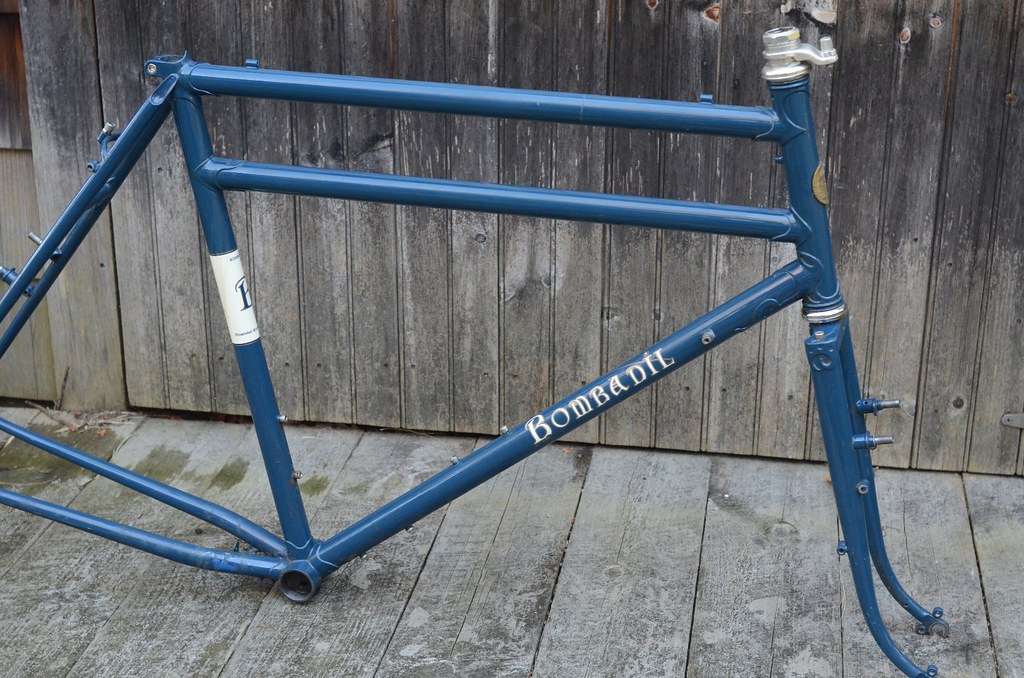 The seller (friend Pudge) says, “There are some chips and rubs, no dents. If I kept it I would probably have had it repainted, but I’m a bit fastidious about such things.” I read that as “almost flawless,” but I am NOT fastidious about such things. I love the solid blue color for this style of bike. It’s an early Bombadil, with the parallel twin top tube, not the diaga-tube, and without the later “extra” mid-stays.

If you’re interested in the bike as built, you’re going to have to make an offer, which might necessitate some research to get values on the unique parts build. Ghisallo wooden rims, creme Hetre tires, and the great custom “cats” chainring. Put on your sunglasses, this is awesome. 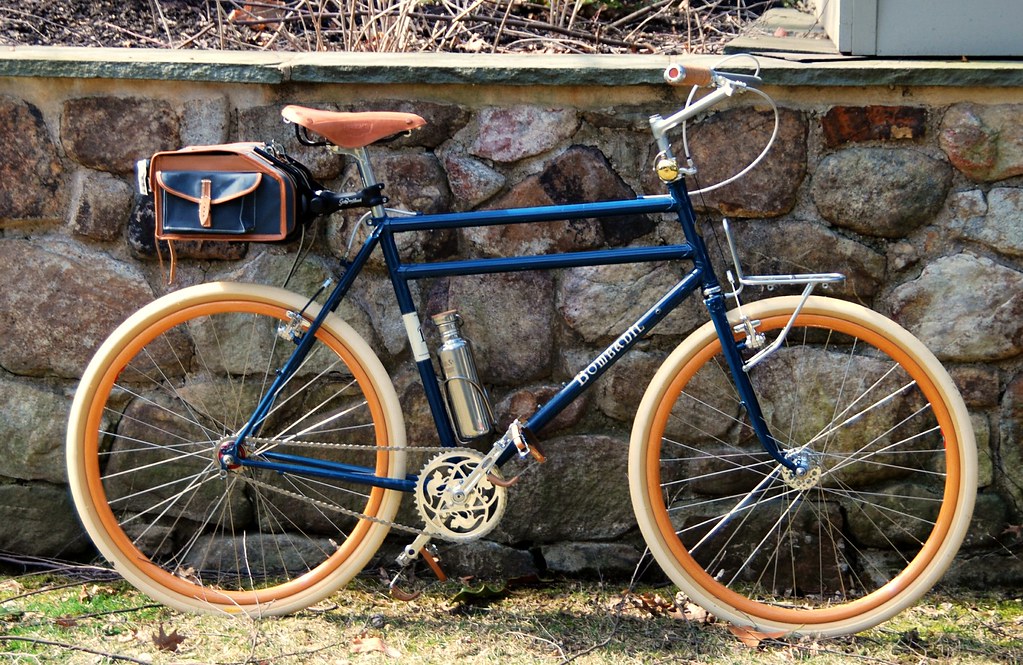