Last week, I did two of the shortest Brewvets possible, back to back. 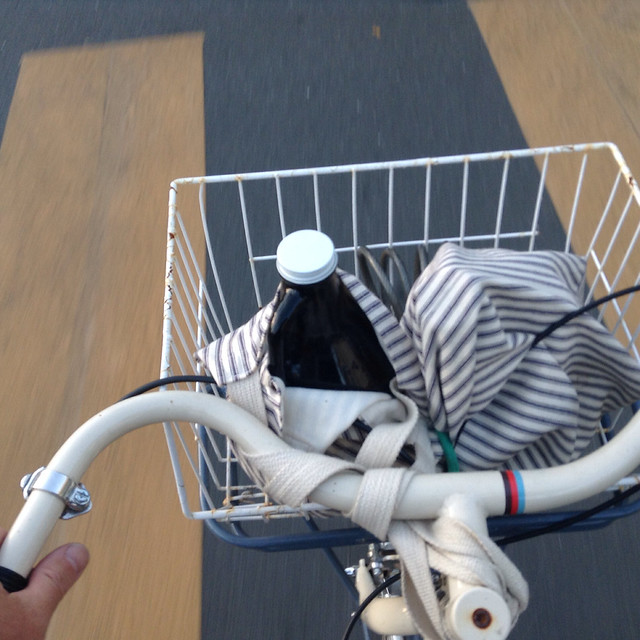 Wednesday, June 4th, I rode Angelina’s bike to Third Street Aleworks for a point-eight mile round trip  and two growlers (Puddle Jumper and Anadel Pale Ale). Friday I took a point-six mile out-and-back to Russian River for a pint of Blind Pig, and a growler of Pliny the Elder. 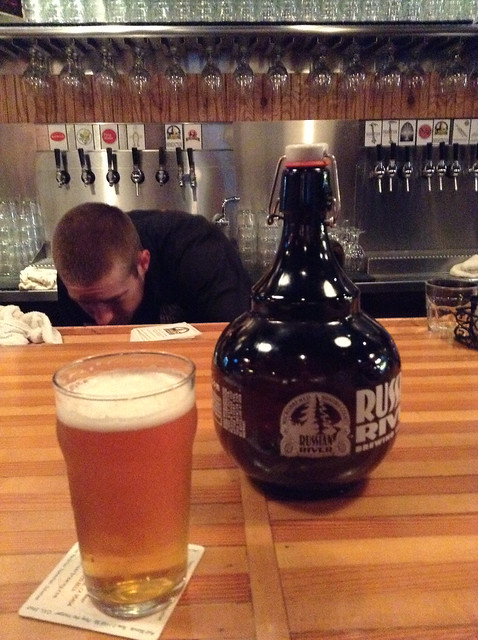 I chatted with a fellow from Seattle at the Russian River, who tried to impress upon me how famous this place is, in the beer world, but I prefer to get my beer from a bartender, not a bouncer. Third Street Aleworks wins on beer, ambience, staff, and graphic design. 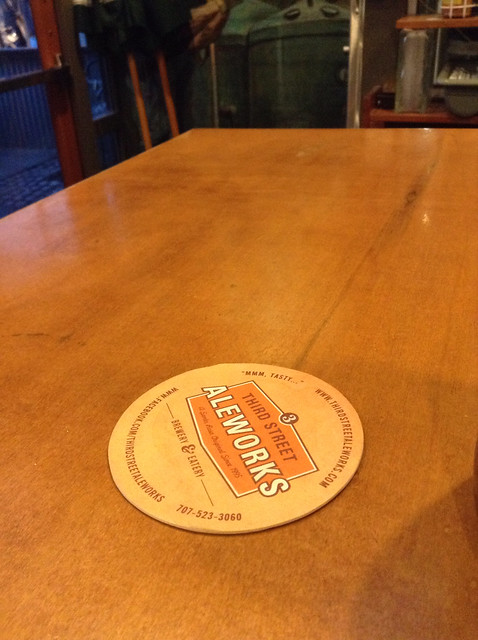 Like the Coffeeneuring Challenge, I DNF’d, only getting in four rides, and less than half the mileage. I’d planned to ride my bike to work last week and stop at Lagunitas and Heroine (101) on my way home for the mileage, but didn’t.