An online acquaintance mentioned that he was leading a 31.4 mile Pi Day ride, and I had to steal the idea. 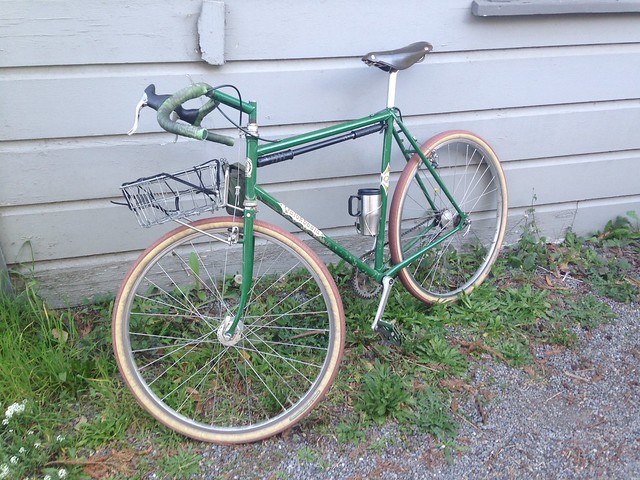 Bike nerd? Check. All-’round Nerd? Check and double-check. I started my ride at 9:26:53 (Strava should have a time counter into the hundreds of seconds for starting rides like this. You know, the ones that happen every hundred years)… or so.

I was kind of surprised I started on time, but I woke up naturally (the reason we have Saturdays), thought, “I’m not sure if that dream was troubling or comforting,” and started putting on bike clothes. Full Riv regalia: sneakers, wool socks, Riv knickers, Wooly Warm jersey, Devold underwear. The jersey was green, which didn’t match all the blue everything else, but my baby blue jersey is looking kind of green itself after all these years.

In addition to the ONCE IN A LIFETIME MAGICAL NUMBER THING, I also wanted to get some miles in before the Strada Rossa, and assess how enjoyable the 50k is going to be after a “winter” of sloth. Turns out, that’s a good length to feel like I accomplished something, but still enjoy the whole thing.

So, I rolled out, bought a double Americano (very nice, $2.07 (that’s a stupid price – not egregiously high, just a dumb number. I was going to pay cash, but switched to a card because I didn’t want 93 cents in change rattling around my pocket, so it cost them whatever the card companies charge)), and headed to the Prince’s Greenway. 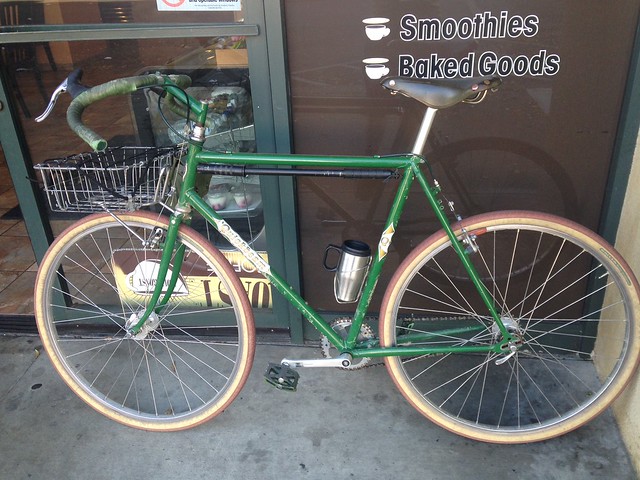 My plan was to run the loop of Sonoma bike paths I’d mapped on Google Maps that added up to 31.4 miles. 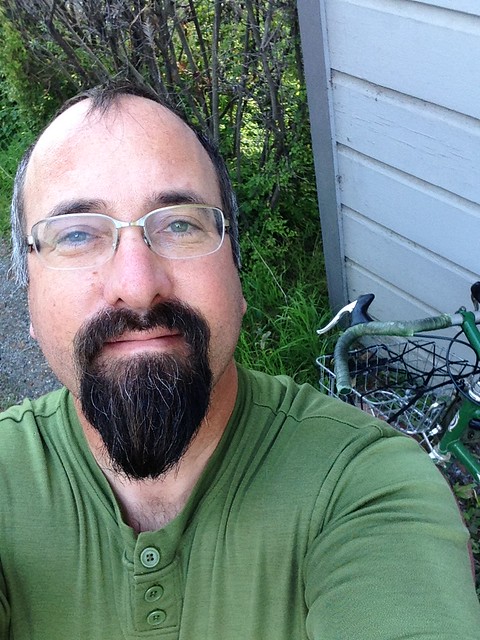 Oh yeah – this is me, before the ride.

Mostly I did that, with a couple  side quests. I have to say, that the trails are pretty awesome, but the signage is designed to please the people standing back admiring their handiwork, not the people navigating intersections while focusing on moving automobiles. 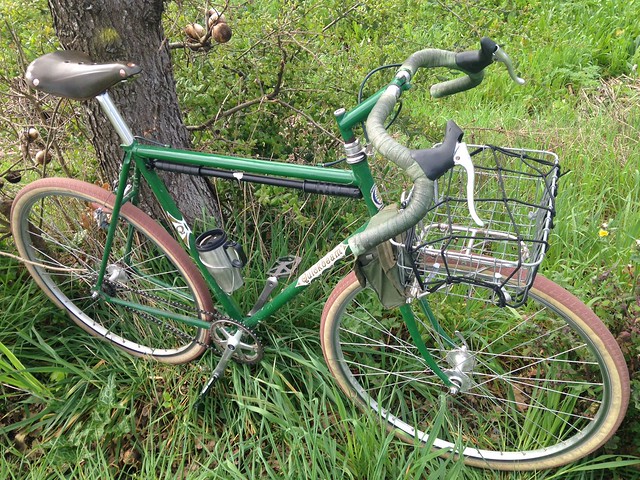 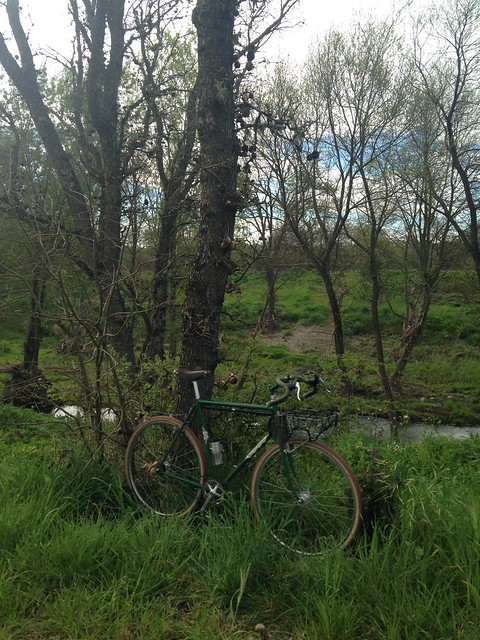 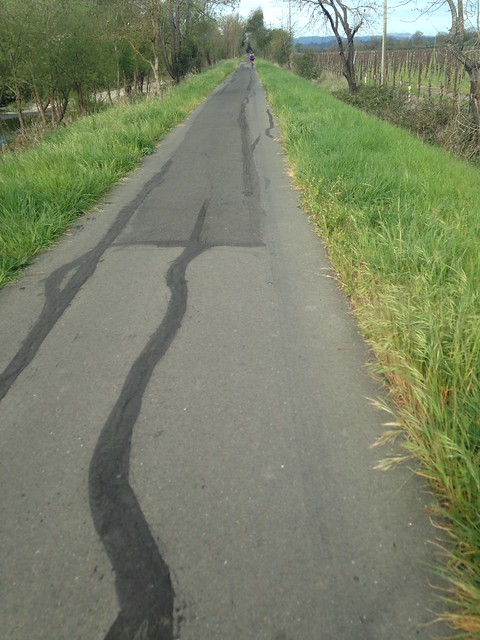 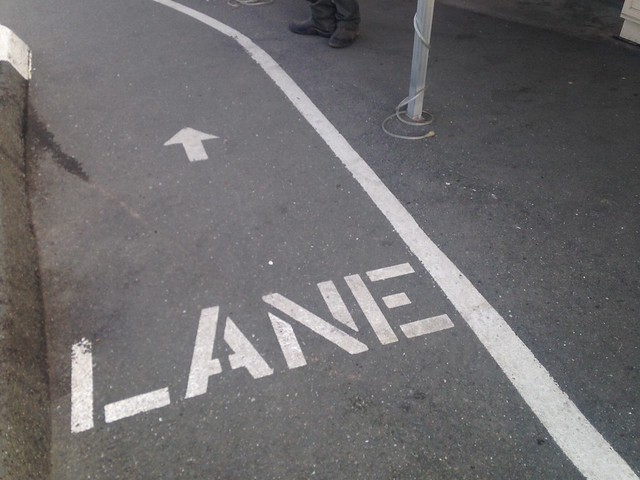 I took the Greenway/Creek Trail to Willowside road, shelling grandpas and kids on trikes like a Cat 6 monster, then took Hall Road into Sebastopol, where I finished my coffee in front of the Whole Foods. 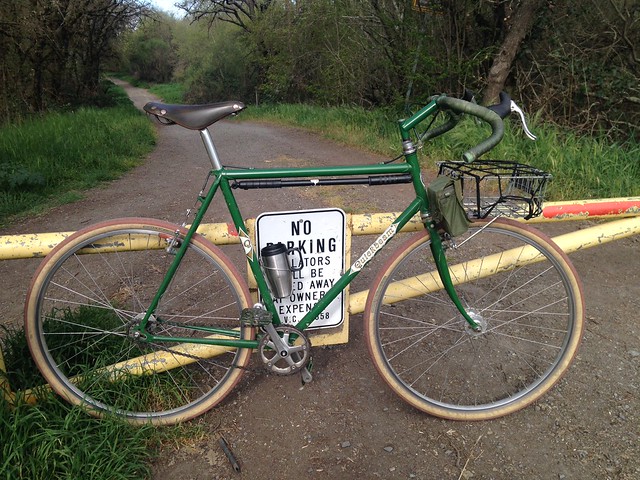 Heading North on 116, I stopped at Andy’s Market (legit produce) for another Americano. This one was marginally cheaper, at $1.75, and tasted smokier than the Holy Grounds espresso. I very much enjoyed it, and it would appeal to people who like Portland espresso. Frankly, it had all of the good and none of the bad (“What? This is no longer a fluid. It’s a solid. You just steamed the grounds.”) aspects of Portland espresso.