At the Rivendell Garage Sale, I bought some small things, including this hubset. According to sources, they were a small run for employees, and never marketed. They’re from a large manufacturer, with all the “best” options checked. 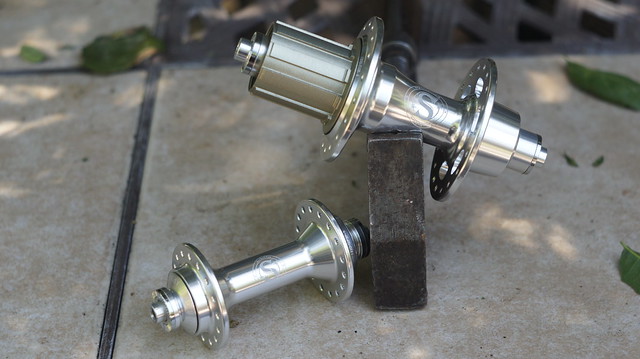 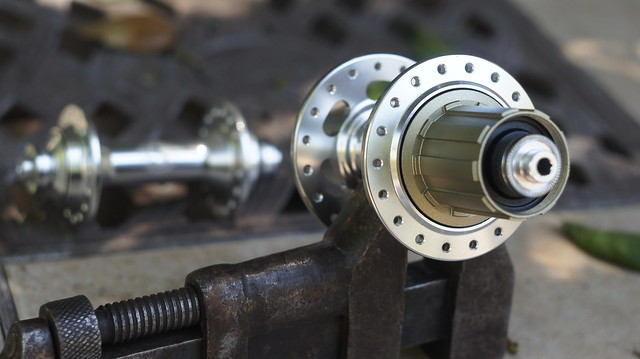 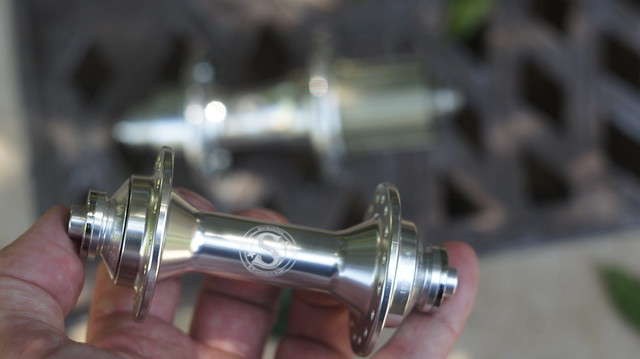 At the end of June, I went down to Anaheim for a trade show. My internet friends David and Doug were kind enough to take me on a bike tour of their area – Irvine, Newport, the beach.

I didn’t take my camera, since I didn’t know the bag situation, and drew this beach cruiser from memory. I’ve been around Beach Cruisers my entire life, but never saw them in their natural habitat. I’ve always lived an hour or less from the Pacific, but always where the hills arc out and drop into the ocean. Beaches are colder, windier and foggier, and either back up to cliffs, a highway, or a parking lot. I realized at Newport Beach that this was why beach cruisers are called beach cruisers!

Enough of the epiphany. Everyone else in the world already knew it.

The ride and cameraderie were great! I’d only ever known David and Doug from internet bike forums, but none of us turned out to be axe murderers, and I like them even more in real life.

David loaned me a silvery-blue custom Rivendell All-Rounder for the ride, and Doug is the best tour guide ever. His knowledge of 100 year old scandals and current interest gave great depth and texture to the ride. Why is the surf so awesome at Newport Beach? How much of this will survive a 3 foot rise in ocean level?

We rode the Balboa Ferry, visited FunZone (“There’s always money in the Banana Stand!”), and ate at Charlie’s Chili. The whole time I was thinking “so THIS is why there are Beach Boys songs!”

I got an awesome sunburn (bright red bearded guy remind you of anyone? “Hmmm? Satan, maybe?”) – Portlanders beware the sun! It was completely worth it, and I’d do it again.

All photos courtesy of cyclotourist

What are these shocked twin amphibians staring at, as if to say “Good Lord!” I wonder.

Could it be… the Rivendell Simpleone is approaching? The Simpleone is the rebirth of the Quickbeam – new name, new paint, same geometry.

Why a new name? My theory that Grant and Co. have a big bag of awesome names they’d like to use up, was, apparently, wrong. The story goes that, at the request of the Tolkein rights holders (not the film company),  Rivendell agreed (in a non-legally-non-binding way) to stop using certain Lord of the Rings names, including Quickbeam, Baggins and Legolas.

Also, these bikes are made in Taiwan, not in Japan by Panasonic, and they have fancy headtubes and plainer graphics.